India is a land of different cultures co-existing together. Not only this, India is divided into different regions where people behave differently, live differently, and even maintain a completely different lifestyle. For example, when you walk in a restaurant in North India, you will find people preferring spicy and oily foods, where mustard oil is the main ingredient. However, in Southern India, either sunflower oil or coconut oil act as the main ingredient of the food. So, regional differences have introduced a variation in foods.

In the same way, regional and cultural differences have made the Indian clothing different. Men almost wear similar attires with different names varying with the states. On the other hand, Indian women have a lot of different apparel styles which enunciate the richness of Indian culture and heritage.

So, let’s have a look at the ten most famous Indian clothing for women that you buy from any ladies wear manufacturer in India.

Sarees are the first cultural dress, which is worn all across the country, in different forms though. Starting from Himachal Pradesh in the extreme north to Tamil Nadu in the extreme south, women wear sarees in any occasion, be it a normal birthday party or someone’s wedding. In Northern India, saree is draped normally over the form, in eastern India, the form of saree wearing is known as art poure, while in Southern India, sarees are worn with a golden waist belt. 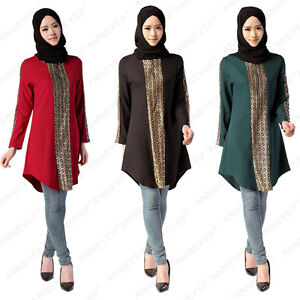 Worn mainly in Northern India, this apparel consists of a straight cut kurti and a fluffy, straight cut pants. A dupatta is usually worn over the salwar kameez in different styles. Over the years, the dress has seen multiple variations like dhoti-style salwar kameez, and even Anarkali styled salwar.

Lehenga choli is generally worn in case of celebrations like weddings, parties, festivals, and other functions. A long skirt is worn which generally hugs the waistline and is coupled with a blouse whose length varies according to the style you will be choosing. The choli is a long piece of thin cloth draped across the body like a saree.

Different forms of lehenga choli are-

This is the Indian version of the western knee-length dress worn with a pair of jeans. In the Indian version though, a side cut kurti is paired with leggings. Different styles of the kurti are now available in the market for example-

The young generation of Indian women love to wear western jeans of different styles like boyfriend jeans, skin-tight jeans, flared jeans, ripped jeans, and even the straight cut jeans. Crop tops, sleeveless tops, short kurti, and even t-shirts can be paired with the jeans.

This is the newest form of Indian wear where the pants don’t constrict near the ankle region. Rather, the entire pant seems to be like a column, with the ends flaring out. Long kurti or layered kurti looks best with the Palazzo.

The designer ethnic kurti suppliers in India design some of the best looking long kurti which can be worn with long skirts. This attire style looks best both for casual as well as for festive seasons.

Western gowns are designed in Indian styles with Indian embroidery and are quite popular in the B-town. Also, the rich classes of Indian society love to wear the western gowns for evening parties or gala receptions.

Patiala salwar is the traditional dress for the Punjabi women where the salwar is short in length, usually ending mid thigh and the pants resemble the shoti with multiple layers.

Mekhela Chadar is the traditional wear of the Assamese women.